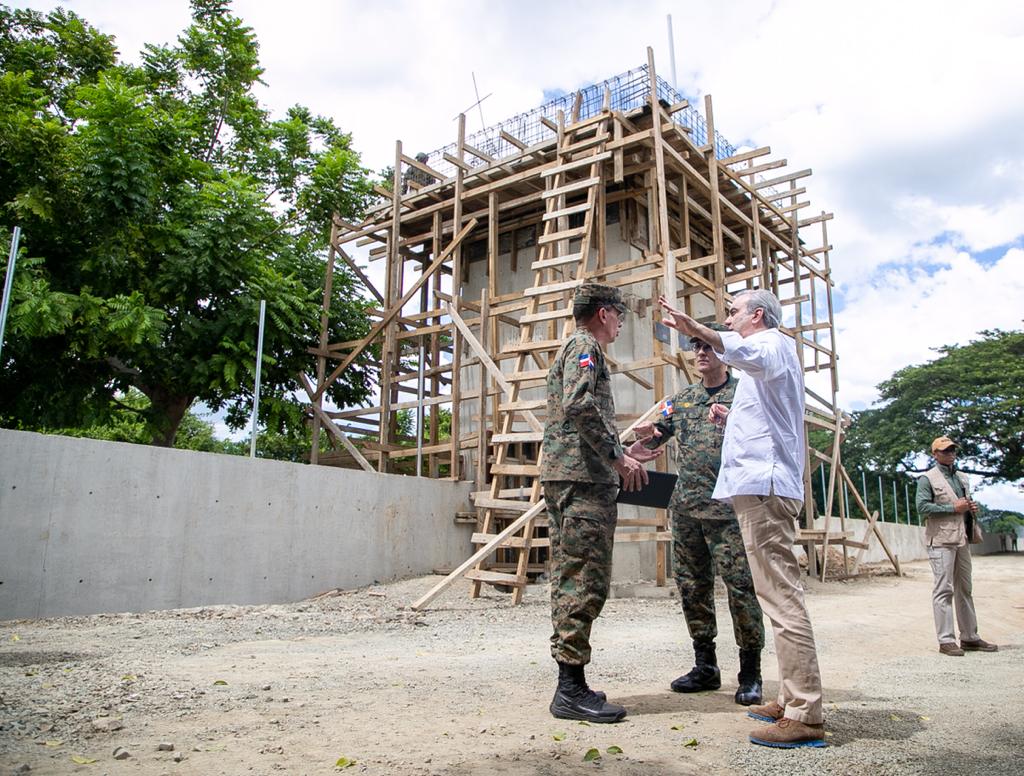 Dajabón – President Luis Abinader assured on Sunday, October 9, that if there were an intervention in Haiti, the Dominican Republic would not be part of the military force that would materialize it, and that the country’s support would be limited to the diplomatic aspect and would not accept any settlement, even for humanitarian situation, arguing that this can be done in Haitian territory itself.

He recalled that «for a year we have been carrying out diplomatic actions, since September last year, in my speech before the United Nations I said that the only way to bring peace to Haiti was with an international force to help the Haitian police, but to support them to bring peace to that country».

In that sense, he said he hopes:

President Abinader expressed that at the time of his speech before the UN many thought that his approach was excessive, but unfortunately a year has passed, after many situations and tragedies, especially for the poor people of Haiti, who are the ones who are suffering. He insisted that the country will continue to make diplomatic efforts, as it has done so far.

He indicated that until June of this year, there was not a real concern that now exists on the Haitian issue and migration, but there is already awareness, which is shown in the last meeting of the UN Security Council, which is already willing to organize itself and is sufficiently active and concerned about the Haitian problem, which is already a regional issue, he said.

For the first time, he said, CARICOM and the Dominican Republic are acting with unity of criteria on the Haitian issue, when traditionally there were only differences on this aspect.

President Abinader described as sensible, logical and patriotic the request for intervention made by the Prime Minister of Haiti, Ariel Henry, seeking support from the international community to face the humanitarian crisis in his country, where 70% of the territory, especially in the South, is controlled by gangs. He said that, in case the UN intervenes, «it can perfectly well make special zones, in Haiti, of protection».

He pointed out that, in case there is, in a first stage, a peaceful intervention in Haiti, the Dominican Government would close and block the border. «Just as we are not going to act militarily, it is very dangerous for Dominican integrity to receive asylum seekers here in the country. This is very dangerous and the greatest humanitarian assistance that we are giving to the Haitians is our diplomatic assistance to protect the poor people of Haiti, who are the ones suffering», emphasized Luis Abinader, President of the Dominican Republic.

Regarding the fact that many Haitians living in the country and others arriving in the country are treated in Dominican hospitals, he stated that «no country can give them more humanitarian aid, no country has given it to them as we have given it to Haiti; but I will in no way accept any settlement here, even if it is for a humanitarian situation there».

«Unfounded, untimely and unhappy» qualifies MIREX statement from the US Embassy

Santo Domingo. – Manifestly unfounded, untimely and unhappy» considered the Ministry of Foreign Affairs, on November 20, the communiqué «Alert: Reinforcement in the course of migration in the Dominican Republic», issued by the Embassy of the United States of America in the D.R. on November 19, to which it expressed «its most energetic rejection». 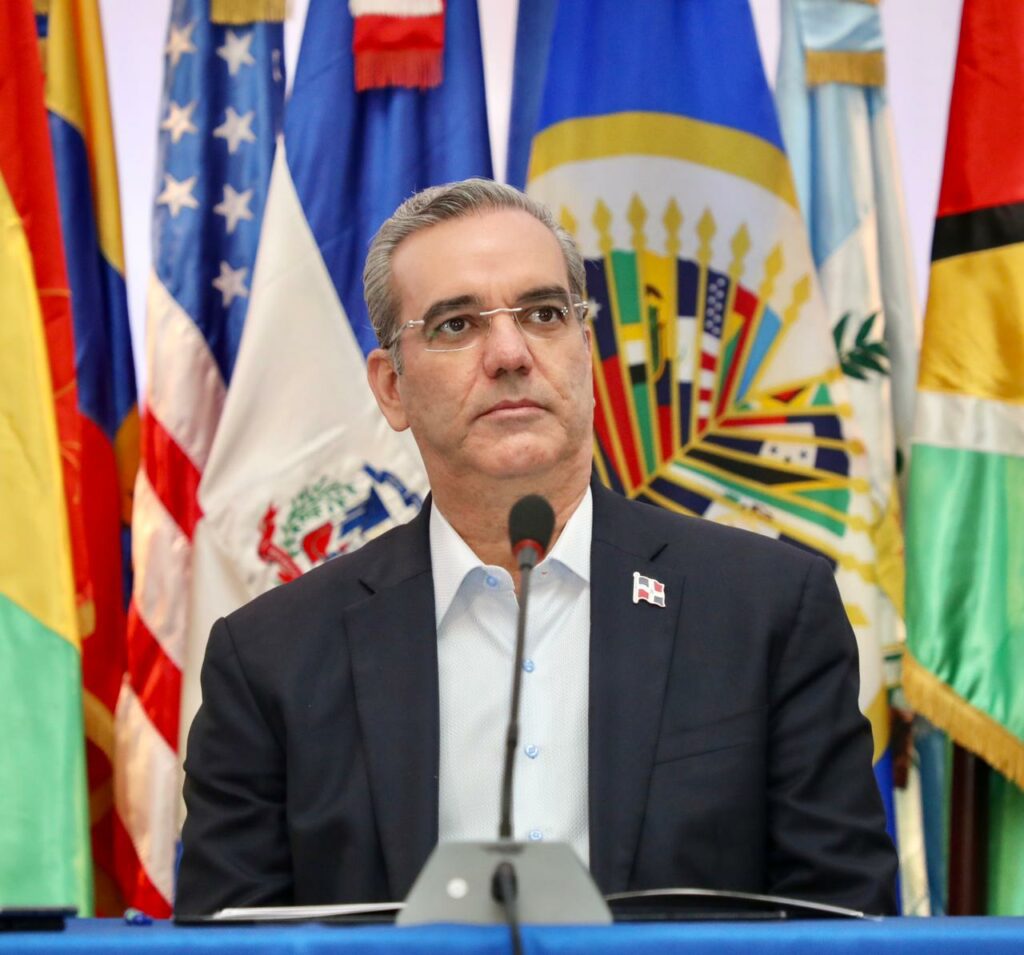 Santo Domingo. – On November 17, at the V Meeting of Ministers and High Authorities of Social Development, President Luis Abinader urged the member countries of the Organization of American States (OAS) to work together to address the current crisis affecting the world, with the firm purpose of ensuring sustainability and, especially, improving the quality of life of citizens.

He recalled that the governments of the region have had to deal with a pandemic scenario that paralyzed the world economy, causing serious financial difficulties: «under these difficult circumstances, the great social and economic inequities that still affect us have been exposed, caused by historical debts and social policies that are often insufficient and not very resilient, as well as the climate shock that represents a high cost in the GDP of our countries».

He stated that at this juncture, characterized by the uncertainty generated by the prolonged effects of the COVID-19 pandemic, the sustained increase in the main international commodities, the global impact of the war in Europe and the onslaught of b, all the nations of the world find themselves in a state of latent vulnerability that affects the normal development of their country projects.

He highlighted the contributions made by the OAS since 1948 as an entity called to defend peace and justice, to promote solidarity among countries and to defend the sovereignty, territorial integrity and independence of the nations of the hemisphere and recognized that our region has the privilege of being the first in the world to form a regional organization called to promote cooperation and dialogue without limits of cultures, economic differences and geographical demarcations.

The Dominican government, said Abinader, has taken a series of measures aimed at combating inequalities, strengthening the welfare state to guarantee the future of the next generations, citing among them, the affiliation of 2 million citizens to the family health insurance of the subsidized regime, reaching a coverage of just over 98% of the total population.

«We have focused our work on two major areas: first, on the rapid recovery of economic activity and employment in the country, compared to the losses that the COVID-19 epidemic meant for our countries and, second, on improving social care through a new strategy to overcome poverty and vulnerability, which promotes the resilience of the population in vulnerable conditions from a multisectoral approach that allows the exit from poverty and prevents new people from falling into it,» said Abinader.

He added that from the government over which he presides «we have initiated several massive programs for the reconstruction of low-income housing and improvement of access to water and sanitation services in the country. We are promoting the largest program for the delivery of housing and land titles, favoring the most socially vulnerable population«.

He listed the government initiatives in the re-launching of the conditional cash transfer programs, today Supérate, introducing new components for labor and productive insertion and entrepreneurship of women as beneficiary population; and the increase in the coverage of these programs, doubling the amount of direct conditional aid, including the Aliméntate program and subsidies for the use of fuel for cooking and the payment of electricity.

«We have continued working on strengthening our social protection system, which has involved declaring as a priority the formation of the Universal Social Registry of Households and the Single Registry of Beneficiaries for the better allocation of public resources. Additionally, we are in the process of consolidating the Payment System of the Social Subsidies Administrator», the President emphasized.

He also mentioned the creation of the 14-24 Opportunity Program, as a comprehensive strategy to provide opportunities to young people who neither study nor work, so that they can be safely inserted into the labor market and the formal sector of our economy through training and other programs, in order to keep them away from paths that are not very beneficial for their future. 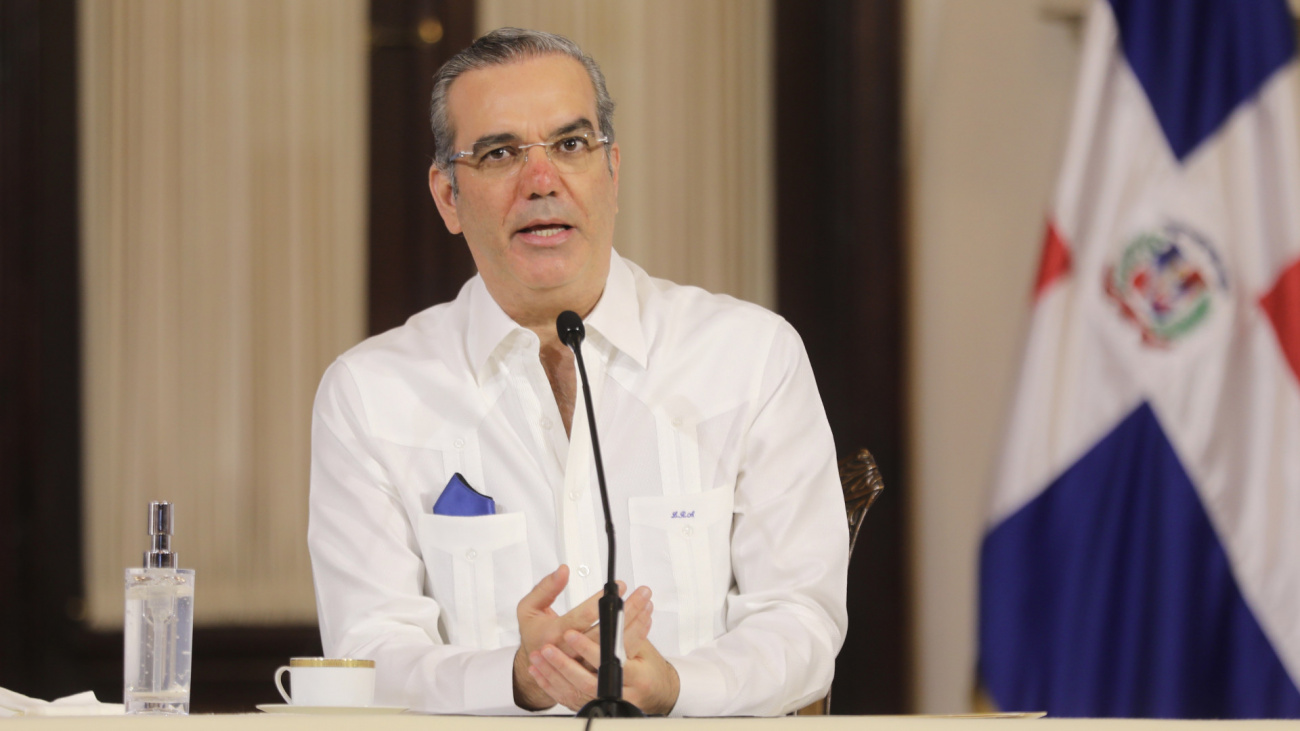 Santo Domingo. President Luis Abinader highlighted on November 17, the Dominican Republic’s capacity to respond to natural phenomena at the Fifth Meeting of Ministers and High Authorities of Social Development of the member countries of the Organization of American States (OAS).

He indicated that «thanks to the articulation of the Social Protection System in conjunction with disaster management institutions, we have increased the capacity to respond and prepare for disasters with adaptive instruments to respond to emergencies, being able to identify those affected in a short time».

He referred that, since the beginning of the Government and in the middle of the pandemic, «we have reacted immediately to emergency contexts, from Quédate en Casa, as well as the Bono Familiar to mitigate the inflation produced in the middle of this year 2022 and the Bono de Emergencia for the recent hydrometeorological event Fiona».

According to the President, the Dominican Republic has already been an example in the region, thanks to the responses that we have been implementing through adaptive social protection, explaining that these experiences have been shared in forums of this type in counterpart countries and joint plans have been coordinated for the prevention and mitigation of disasters.

Activities of the nature of this ministerial meeting are intended to provide a forum for substantive public policy dialogue among member states on issues of hemispheric interest, according to the Secretary for Access to Rights and Equity of the Organization of American States, Maricarmen Plata.

These dialogues seek to identify common trends and priorities for regional cooperation, enable the exchange of experiences and best practices on policy development and implementation, and identify opportunities for cooperation, in order to establish the OAS work agenda to support Member States in advancing these priorities.

For this reason, the coordinator of the Social Policy Cabinet, Tony Peña Guaba, in highlighting the importance of sharing experiences, emphasized that the institution he heads has more than 12 projects of high dimension, among which he highlighted Supérate; Opportunity 14-24 for educational reinsertion, employment and support for youth entrepreneurship.

He also mentioned «Transformando Mi País» (Transforming My Country), dedicated to rebuilding homes, providing family and housing bonds and donating high-cost medicines, and the implementation of study programs and university internships, among others. «Distinguished colleagues, there are no individual solutions to this health, economic and social crisis, the solution must be collective,» he said.

The event was attended by the Assistant Secretary General of the Organization of American States, Néstor Méndez; the Deputy Minister of Multilateral Foreign Policy, Rubén Silié; the General Coordinator of the Social Policy Cabinet, Francisco Antonio Peña Guaba; the President of the Inter-American Council for Integral Development (CIDI), Ambassador Yolande Smith, and the Secretary of Access to Rights and Equity of the Organization of American States, Maricarmen Plata.

Also present were the Minister of Labor, Luis Miguel de Camps; the directors of Supérate, Gloria Reyes; of the Social Plan of the Presidency, Yadira Henríquez; of Adess, Digna Reynoso; of Inaipi, Manola Santana; of the Economic Canteens, Edgar Féliz; of the Community Technology Centers, Isidro Torres; of the Presidential Commission for the Support of Neighborhood Development, Rolfi Rojas; of SeNsA, Santiago Hazim, among others.